Claressa Shields refuses to contemplate losing ahead of her undisputed middleweight championship showdown with Savannah Marshall, on September 10 at the O2 Arena in London live on Sky Sports.

She faced long-time rival Marshall to film The Gloves are Off and they went head to head again at Tuesday’s announcement press conference for the historic all-women’s boxing bill that their title fight will headline this fall.

The American would not consider the consequences of a loss. “I don’t even answer those type of questions, because there is no ‘what if I lose,’” she declared.

“When I win, what’s going to happen? I’m going to shoot into superstardom and continue boxing.”

Hartlepool’s Marshall maintained Shields would not be able to cope with defeat. “I think we’ll never see her in a boxing ring again,” the Briton said.

But Marshall did acknowledge she had thought about the risk of losing. “Of course I have,” she said. “Of course it’s possible.”

But she added, “It’s not happening.”

Shields however pounced on the admission. “She lost right there,” the American said.

Even the respect Marshall showed for Shields at times during Tuesday’s press conference riled the American. Shortly before explaining she would outbox and hurt her rival, Marshall said she was a fan of Shields, describing the two-time Olympic medallist who has already held undisputed crowns at super-welter and middleweight, as a “pioneer” for the sport. 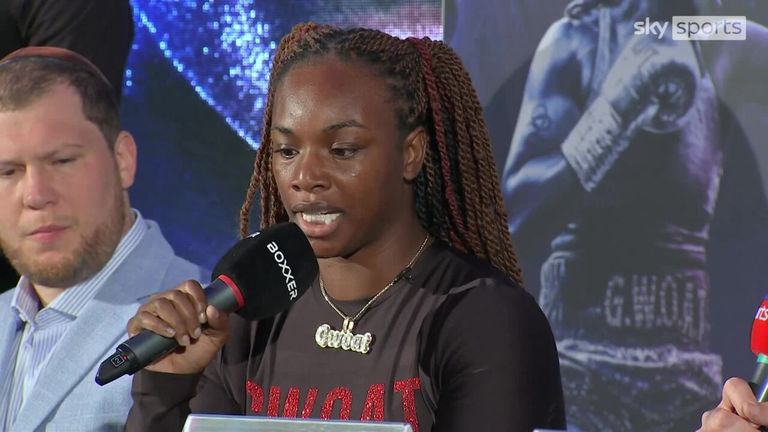 “After all that trash talk on the internet, after everything she said about me, then she gets up here and acts like she didn’t say anything,” Shields told Sky Sports Boxing afterwards. “If she wanted to get it popping today, we could have got it popping today.

“I was a fan of her. But after so much disrespect, leading up to this fight and leading up just from years prior and her turning down fights, putting out false narratives.

Like when I started MMA, she said that I retired from boxing to get away from her. I’ve been doing MMA and boxing for the last year and a half at the same time. You’re not that important and you’re not that scary.”

Shields is looking for an explosive finish to their rivalry. “It’s going to come down to a lot: who’s the better boxer, who’s the better puncher, who can give and take what they dish out and who’s ready to actually go to war,” she said. 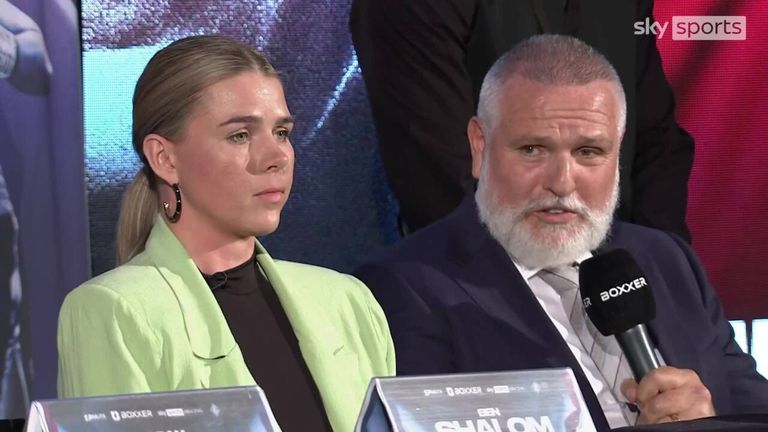 “I don’t want to go 10 rounds in this fight. I want to knock her out and I want people to know that I knocked out the bogeywoman.”

But whatever the method, Shields insisted, “There is no other outcome September 10 except me being undisputed champion again, three times.”

The historic bill will be televised live on Sky Sports on September 10. For early access to tickets visit www.boxxer.com

Officers followed him where he went and referred to “Pete” being in command when others had ideas for how to approach the situation, body-worn camera […]

The MLS All-Star Game may be a showcase, but from the first kick it was clear that the players on the pitch wanted to best […]

Microsoft has spent the past two years adding flashy new productivity features to Teams, and now the company is overhauling how the fundamentals work thanks […]